Advances in technology have made almost anything possible – including powering cars with electricity.

There are two ways this happens. Electric cars can be powered by electric bridging components. These components collect electric current that is generated at the electrodes of electrochemical devices. Another way vehicles can be propelled by electricity is through the use of batteries. These batteries can be charged with generators or with solar batteries.

Electric vehicles have been in existence as far back as the 19th century. These vehicles were produced by the Hungarian Priest named Anyos Jedik. He created the first electric motor, used to power a small vehicle. After this, several inventors began to produce their own electrically-powered cars. With each invention came more sophistication that could perform better than the earliest crude models that were produced.

The plug-in hybrid vehicle combines an internal combustion engine with an electric motor battery. The advantage these models of electric cars have over other forms of electric vehicles is that their battery pack is larger than the hybrid model, and they can therefore travel for longer distances.

The Hybrid electric model uses an internal combustion engine, a battery pack, and an electric motor to power its engine. This combination allows it to reduce the fuel consumption of the vehicle.

The components of an electric vehicle include the thermal system, the charge port, transmission, onboard charger, battery, traction battery pack, electric traction motor, the controller and inverter, and the thermal cooling unit.

Since electronic cars have no transmission at all, they usually drive faster than their gasoline counterparts. The smaller cars can drive up to 120km per hour, while sport e-cars can often reach 300km per hour!

Can Electric Cars Drive The Distance?

The vast majority of currently available electric cars have the ability to drive 150 to 350 kilometers after a full charge. The premium brand models, however, can reach over 500 kilometers. This is expected to be dramatically improved in the near future.

Should You Purchase An E-Car?

Electric populars are certainly gaining popularity. However, that doesn’t mean they are suitable for every man or woman. If you are someone who needs to drive from city to city on a daily basis and can not afford delays, then electric cars are probably not for you. On the other hand, if you’re looking for a city car that you can use that will look great, be efficient, and save you plenty of money, then electric cars are a great option to look at.

As electric cars get improved with every release, more and more people will be able to take advantage of their sophisticated technology.

Electromobility – The Future of the Road

However, things are obviously changing. Ever since Tesla became so popular and its cars could be seen in almost every country around the world, more and more vehicle manufacturers around the world have entered the electromobility sector and have been producing their own full-electric cars.

The road’s future certainly seems to be electric.

I'm a geek and lover of modern technologies and gadgets.

With the evolution in the technological age, we can only expect more to happen. In recent years, we’ve seen large companies taking little steps toward quantum computing, which will revolutionize the world. The functional areas of a quantum computer are vast as they will impact several areas, including healthcare and mobility.  We live in a…

Trends in technology have not ceased to amaze us. Developers are always thinking of ways to make our world a better place. Those interested in this career path should be ready to meet the ever-changing demands in the technology workplace.  Here are  the trending technologies that we believe will rule 2022: 1. Internet of Things… 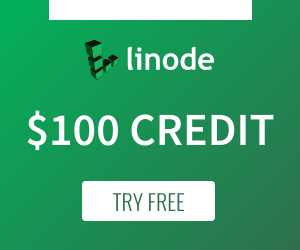